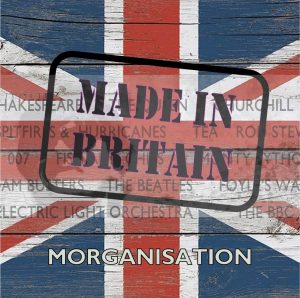 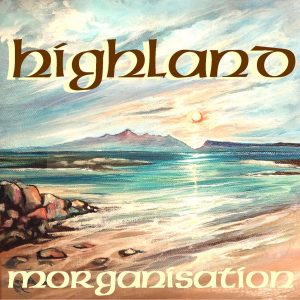 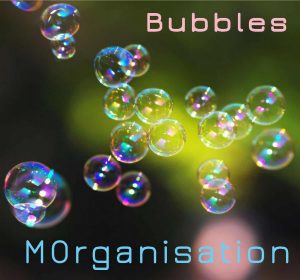 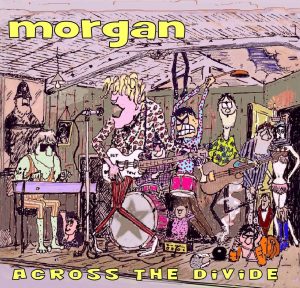 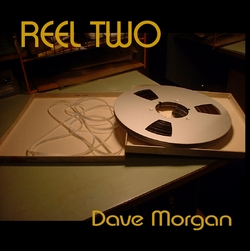 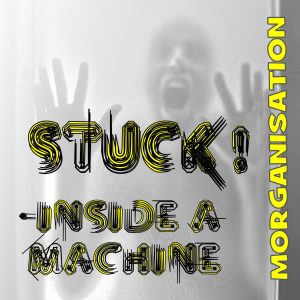 As you will all doubtless know, Noah was the bloke with the Ark. This song has absolutely nothing to do with him as you will quickly perceive upon spinning it forth. It's a familar theme, about a romance going pear-shaped. It's for a pal of mine and I like it though I'm not sure he does.

Rabbit, rabbit. This is for the Earth Rise Stage Musical Album. I love it.

REEL TWO
Songs of love and fun released for the millennia in 2001. Some classic songs ‘City Girl’ and ‘Do you mind’ are amongst its 16 tracks (plus a bonus trackette not mentioned on the flyer). 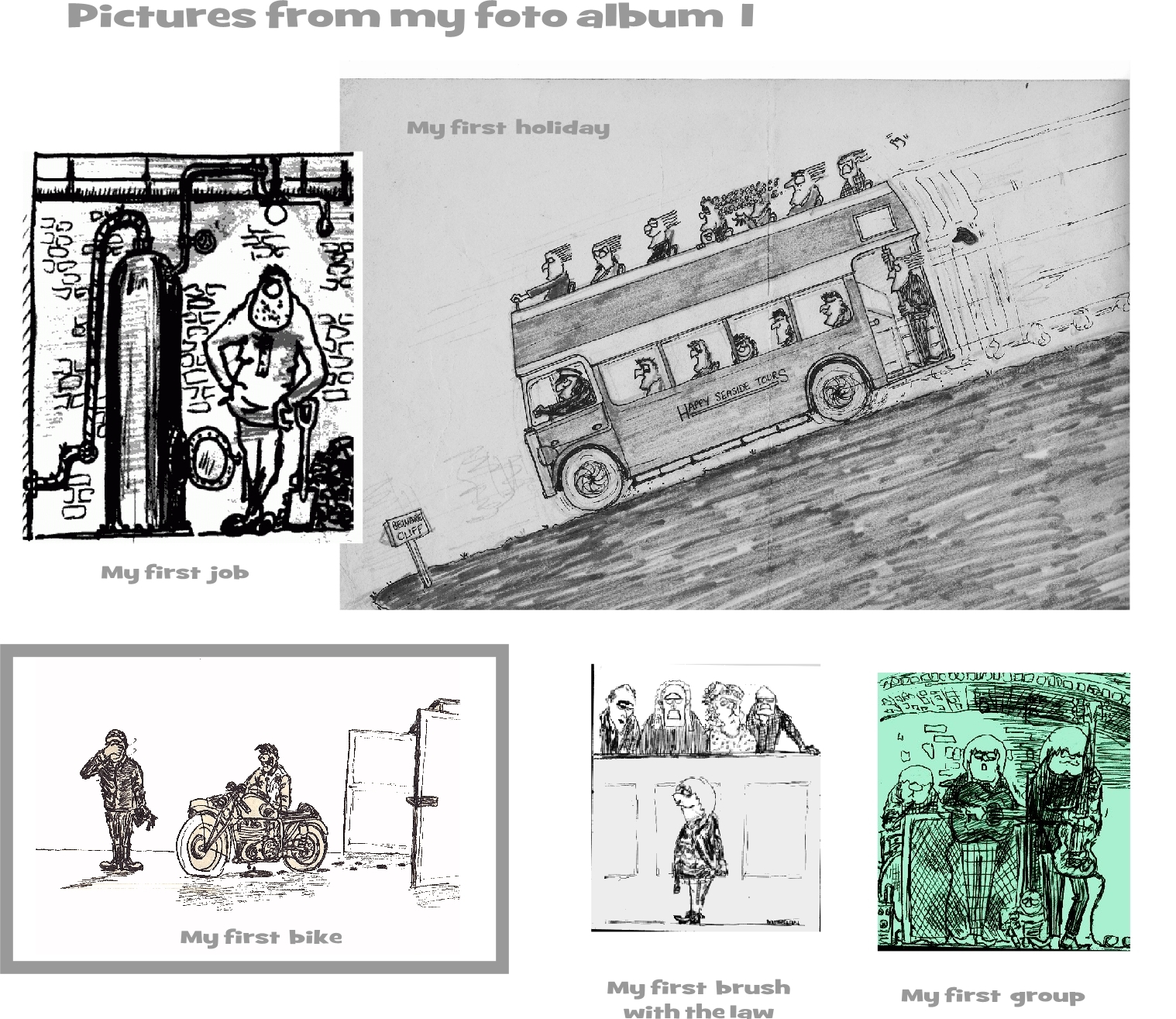 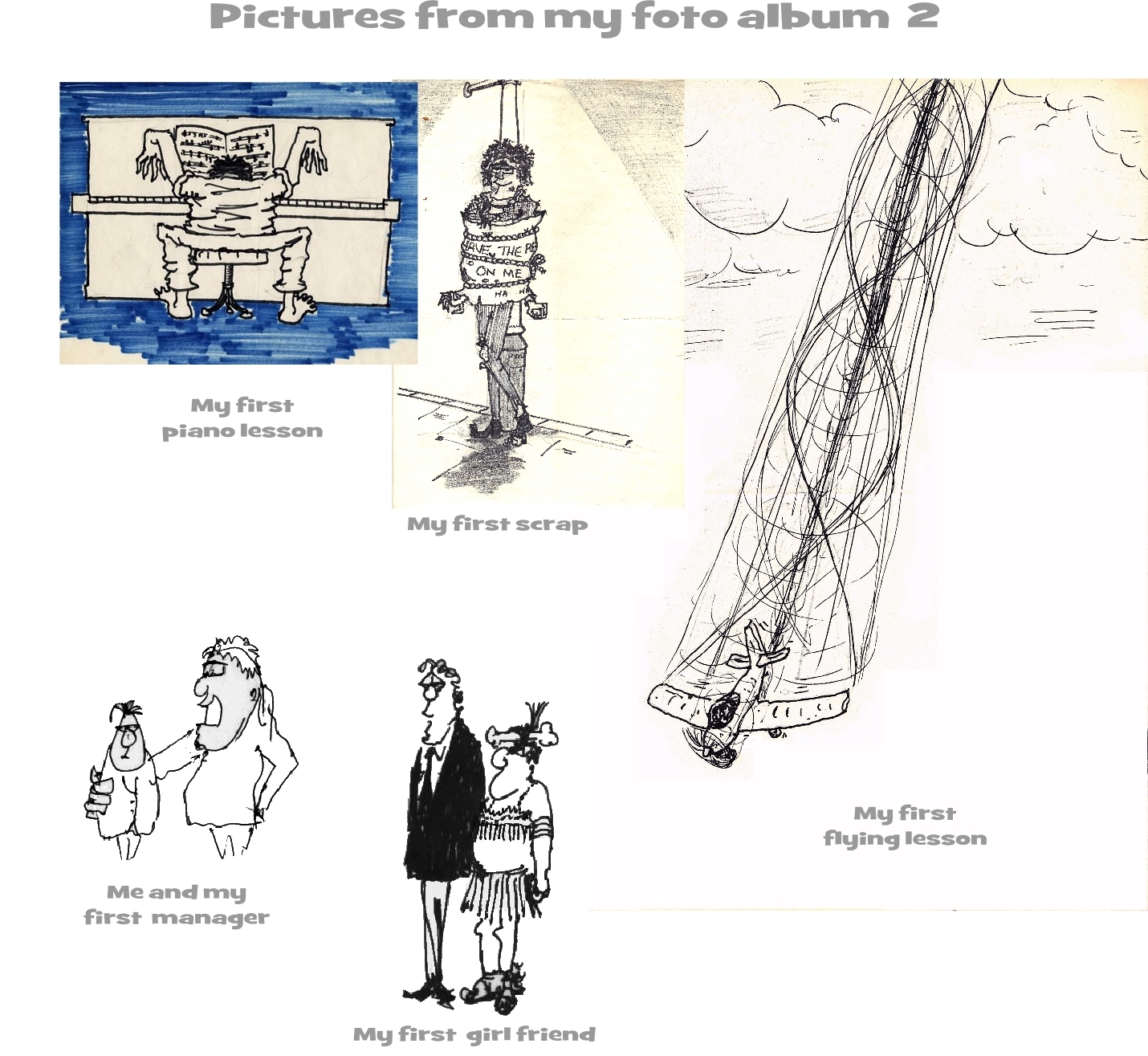 Morgan album (1971)
The ‘Morgan’ Album was produced for me by Lou Reizner in London in 1970 and then released in America. Some time later, in 1971, I sat with The Bird (aka Warren Samet) in our Miami apartment while he wrote these liner notes for it:

Dave Morgan is among the new wave of lyrical, acoustical folk-rock performers who have taken the recording industry by storm. Forceful, earthy, and yet gentle he is an artist who fell into the musical pudding rather by accident at the ripe age of twenty-two. Now twenty-eight, he is a veteran of several rock groups in England, still having manage to find the time to write two hit songs, ‘Mary Collinto’ and ‘Something’ plus all the songs on a soon-to–be-released LP by a new group, Wishful Thinking.
Dave has a deceptively rangy voice and the ability to call upon a throaty, gravel-like quality which can change in a moment to a sound that is soft and sensitive. Virtually self-taught, he assembles things which he has heard with things that he feels, and comes up with a sound that is distinctly Dave Morgan.
The Bird 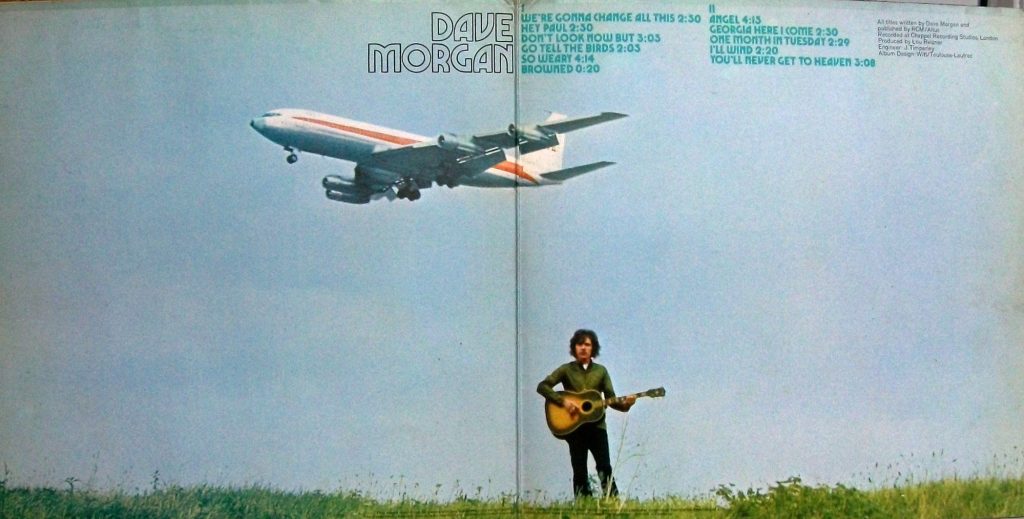 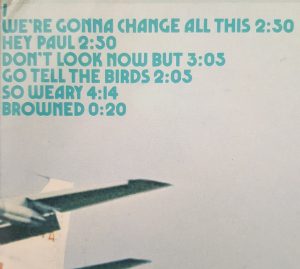 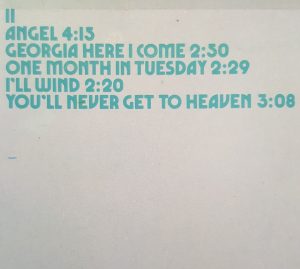 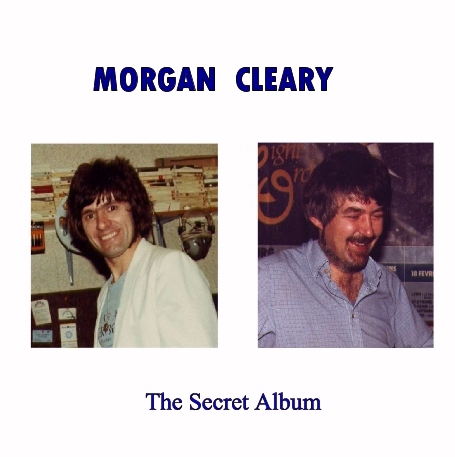 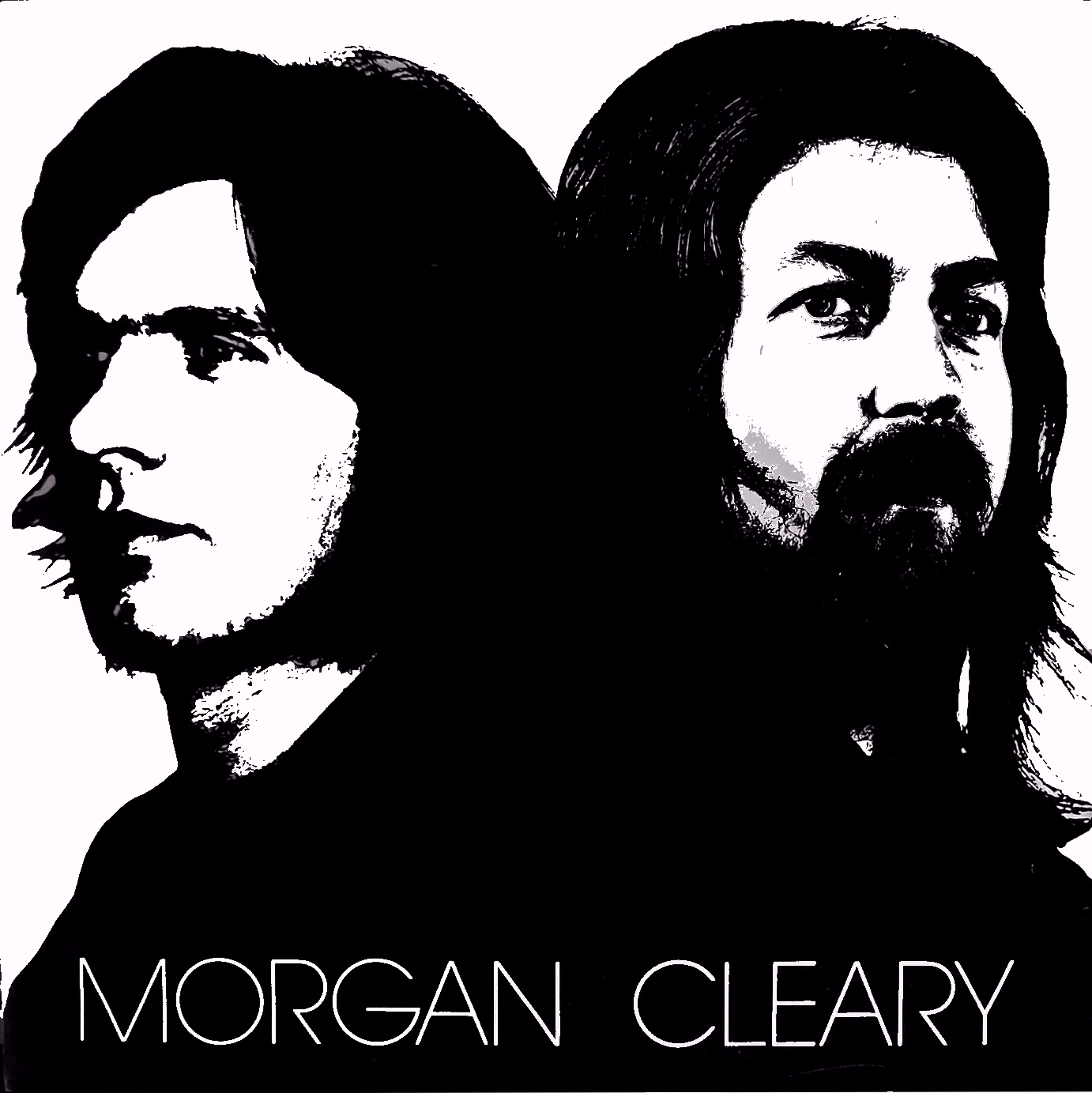 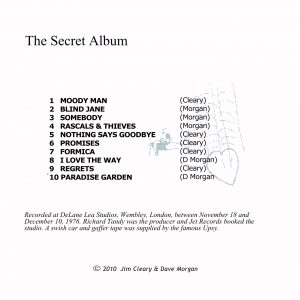 The Secret Album was recorded in conditions of discretion which have remained to this day. Some would call it absolute secrecy, but anyway it’s time Jim and I put and end to all that cloak and dagger stuff.
However, we are still not sure if the studio was ever paid for, so we don’t want to draw too much attention, you understand.
After all, we’ve survived obscurity for this long, it isn’t so terrible. Hence our marketing strategy has consisted of furtively passing CDs to people inside plain brown paper bags. In case of trouble and in order to spread the blame, Jim and I would like to point out that Richard Tandy was the producer and that we were immensely egged on by guitarist and vocalist Bob Daffurn (born with magic fingers and a left-handed guitar). Steve Wheate was also heavily complicit in the proceedings, both with encouragements and the wonderful throb from his drumkit.
Dave 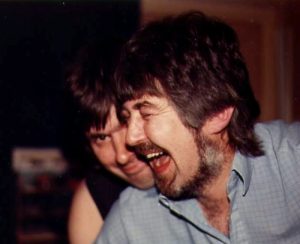 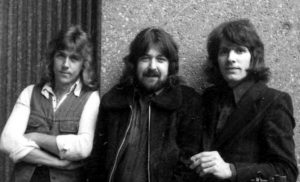 Yes I know it’s an old chestnut but cut me some slack. Come back in a bit …
Thanx!

Earth Rise Special Edition (2011)
Every so often, a brilliant album is condemned to oblivion by blunders in marketing. Such has been the fate of the 1985 concept album “Earth rise” by Richard Tandy and Dave Morgan; the former being the keyboardist of the Electric Light Orchestra, and the latter a fellow Brummie.
In the early eighties, a musical period when concept rock albums where out-of-fashion and “not done”, Tandy and Morgan constructed a timeless gem out of a bunch of demos by singer-songwriter Dave Morgan. The “Earth rise” story is about an intergalactic space traveller, who, in the emptiness of the Galaxy, is longing to return to his one love on Earth; in the end, he realises that true love has always been present within himself (“The secret was always inside”). Apart from the science fiction form, the content is really about universal questions, and both the compositions and the lyrics are impressively haunting: “Feeling so lonely / Feeling so blue / Feeling so empty / Like all this distance between me and you”, and “Travelling one thousand worlds, searching for only one…” Who hasn’t done this one way or another in his/her lifetime?
The album was released in 1985 on vinyl and cassette, but for all kinds of reasons, marketing was totally absent. The album got no airplay at all, which, as we all know, is deadly for commercial success. Given the proper airplay, tracks like “Spaceship Earth”, “Zero zero” and “Pictures in my Pillow” could easily have been massive hits, given the combination of commercial sound production and emotional impact.
As a minor point of this release, I found that the track order has been changed, which means the story just doesn’t seem to flow as logically as it did on the original release. Moreover, “Zero zero” has now been ‘relegated’ to the end of the disc, and 3 tracks added as ‘bonus tracks’: ‘Pictures in my Pillow’, ‘Ria(backing)’ – a mix of ‘Ria’ without any lead vocals, and ‘Starclipse One’ an alternate mix of the instrumental which precedes ‘Purpose’ on the main suite of songs. While they may not fit into the concept story lyrically, I feel that on the original release they came at exactly the right spot. Also, two left-over tracks (‘Wheels’ and ‘Caesar of the Galaxy’) have now been inserted without really adding anything significant. But hey, track order is easily rearranged when playing the CD, and, most important of all, the tracks are still the original recordings, not re-workings.
Jan van Aalst (abridged from his Amazon review)

Highland (2018)
The Highland journey begins with ‘Big Brown Sky’ – an idea birthed while we were in Scotland around the time of the independence referendum. You can hear the bit about ‘Celidgh Al, as bold as brass… ’ – referring to Alex Salmon, the Scottish leader at the time.
Then the action moves down south to Bedfordshire: An old disused airfield with a broken down shack to one side where secret agents were kitted out prior to flying off to occupied Europe. That shack goes by the name of ‘Gibraltar Farm’ and I can just hear you asking ‘what on earth does that have to do with Scotland?’
It was long after I had written the song about a girl named Violette flying off to France from Gibraltar Farm, that I happened upon a place in the far reaches of the western highlands, where the real Violette actually trained for her dangerous mission. Arisaig House was the headquarters of the super-secret SOE during the war, and in its foyer still hangs the code poem written for Violette all those years ago.
Just over the road from Arisaig House we stayed with Canadian pastor Alan and his family, and on the next track you can hear his daughter, Alyssa Smillie singing with me on ‘Still’, a love song inspired by the timeless rugged grandeur of the highlands.
That grandeur also carries many secrets, and one of them is that along with Violette, there were more than 3,000 secret agents trained in the Lochaber region during the war. ‘The Eyes of Lochaber’ is my musical homage to this weighty enterprise. On this track Morganisation were joined by highland guitarist Steve Brown and piper Robert Gardner.
Finally it was time to leave Scotland and ‘Not in Narnia’ is a tongue in cheek lament of leaving the Highlands and heading back down the M6. The cover art is a painting by highland artist Claire Innes.

Across the Divide (2012)
Released on a CD Digipack in 2012, ‘Across the Divide’ is a journey over many musical styles piloted by the common thread of Dave’s song writing style. Eleven songs take you to places that feel familiar to you but you know you’ve never been there before. An eclectic musical gathering from Dave, working in his home studio ‘Grimm Doo’, helped by a fusilade of passing musicians plus engineering and production skills by Martin Smith.

The B.C. Collection
Dave’s rock and pop songs featuring ELO pianist Richard Tandy and former bass player Martin Smith. This collection began life as a one-off for the ELO fan club back in 1992. It has been in constant reprint ever since and is now a classic collectors item of punchy, melodic pop-rock.

Bubbles (2019)
“Bubbles” is a collection of ten tracks including a stomping cover of the Buddy Holly classic “Well … All Right” alongside original compositions which exhibit the influence of Bob Dylan in places, with welcome nods to The Beatles and, of course, Dave’s old pal Jeff Lynne. This 2019 version of “Bubbles” dispenses with the old opener ‘I’d love to see you’, going straight into ‘On a Plane’ which grabs your aural attention straight away. Next the bluegrass flavoured “Black Dog Day” signposts a change of genre before a new version of the quirky “Mistress Caroline” (originally found on Dave’s 2001 “Reel Two” album) makes its appearance, preceded by ‘The Rockford Bubble’ which is Alan Piano-Smith’s solicitor-speak rendition of Lord Rockford Moses will being read! The interestingly entitled “The Queen, The Prince And The Dish” is next, a song in memorium to an old friend of Dave’s. The last four tracks have all been proof tested in Morganisation’s live shows and all translate nicely into studio tracks. The crowd pleasing rocker “Knower” is followed the beautiful homage to wartime heroine Violette Szabo GC: “Gibraltar Farm”. The anthemic “Are You Ready?” and finally the catchy “Big Brown Sky” close out this highly enjoyable outing which also serves as as a reminder (if it were needed) to the songwriting legacy of one Dave Scott-Morgan with a little help from wife Mandy, and talented guitarist Alex Lowe.
In this 2019 version the introduction to ‘Mistress Caroline’ has been split off as ‘The Rockford Bubble’ primarily to help disc-Jockeys cope with the talking and musical sections of the narrative. Finally five of the ten songs have been remixed: ‘On a Plane’, ‘Mistress Caroline’, ‘Well Alright’, ‘Gibraltar Farm’ and ‘Big Brown Sky’.
Adapted from an original review by Keith Sinclair, NOV 2016.

Well it’s true. The biggest talking point is that I was once part of the stage line up of the cosmic British band ELECTRIC LIGHT ORCHESTRA (ELO), and also I was the writer of a top ten Pan-European hit (‘Hiroshima’ sung by Sandra). I did a whole bunch of work with Richard Tandy, ELO’s keyboard player, most notable being the album EARTH RISE and my name is on ELOs SECRET MESSAGES and Jeff Lynne’s ARMCHAIR THEATRE album. But all that was way back and now things have changed beyond recognition.
I’ve become a record company and a publisher too and I’m also the guy who licks the stamps and makes the tea. Phew! – As well as all that I’m down in the boiler room doing my proper job – writing, recording, playing gigs and loving every minute of it! I record all my songs at my home studio, affectionately known as ‘Grimm Doo’ (legend has it that the mixing desk used to growl at people. But that was years ago. Now I use Protools software. The desk has gone but the name ‘Grimm Doo’ remains). When I’m not doing music, I teach people to fly aeroplanes down at Wellesbourne airfield near Stratford-on-Avon. The bottom line is I am a writer – of songs mostly but also books and sermons too.